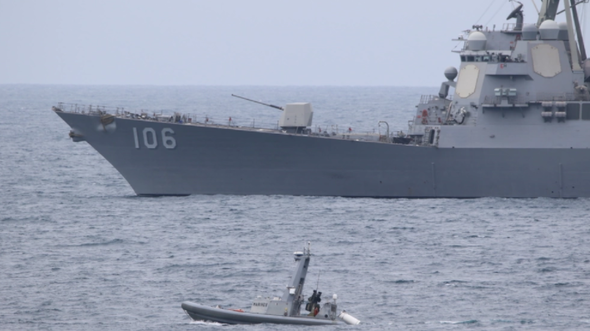 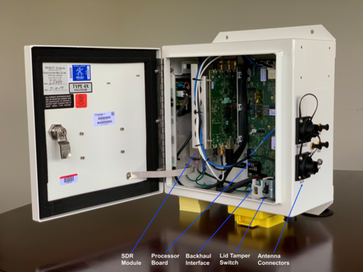 In the proof-of-concept trial, a SecureSense sensor was adapted for standalone operation and physical installation on an LRUSV, including mounting, powering, and water and salt spray resistance. During three days of at-sea maneuvers, the SecureSense device continuously and autonomously monitored frequencies from 700 MHz to 2700 MHz, without causing any interference with other exercises or requiring any attention or servicing. The SecureSense device operated in a standalone mode, without real-time interaction with other sensors, the system server or users, and the collected sensor data was off-loaded and analyzed after the event.

The proof-of-concept successfully demonstrated the ability of a ruggedized SecureSense device to operate on the LRUSV, including connecting the device to the on-board local area network for proxied access to the vessel’s satellite communication (satcom) link and establishing secure access to the sensor while at sea.  Future investigations of SecureSense for littoral and at-sea environments would address applications for signal detection and classification, use of satcom for targeted low-bandwidth communications and alerting, and multi-sensor deployments with sensor-to-sensor coordination.
​
Contact us for more information on SecureSense and its use in multi-domain operations, distributed sensor networks, spectrum situational awareness and visualization and signal detection, classification, and geolocation.